STMA will develop and deploy a series of enabling tools and methods to increase the rate of genetic gain for multiple traits of importance in SSA. The team will prioritize traits that are valued by men and women farmers and consumers. Modern tools to be applied in the project include doubled-haploid technology, improved phenotyping methods for data collection, and genomic selection, among others. These techniques, which were borrowed from previous maize projects and then improved, will be used to develop products that combine drought tolerance (DT) and improved nitrogen-use efficiency (NUE) with high levels of resistance to key diseases in each region: Eastern Africa: MLN, Maize Streak Virus (MSV), Turcicum Leaf Blight, and Gray Leaf Spot; West Africa: southern corn leaf blight, leaf rust, MLN, MSV, and Striga. 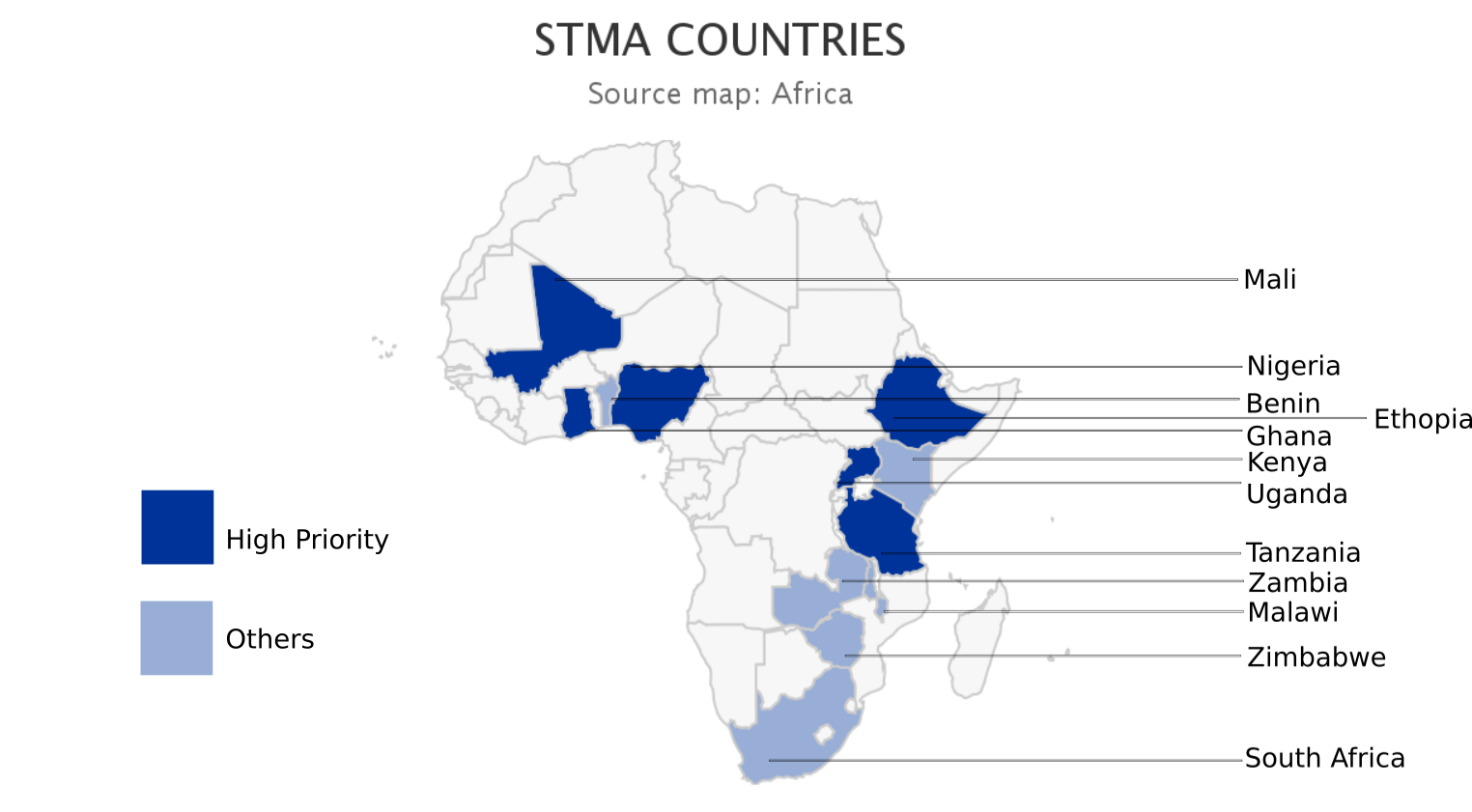