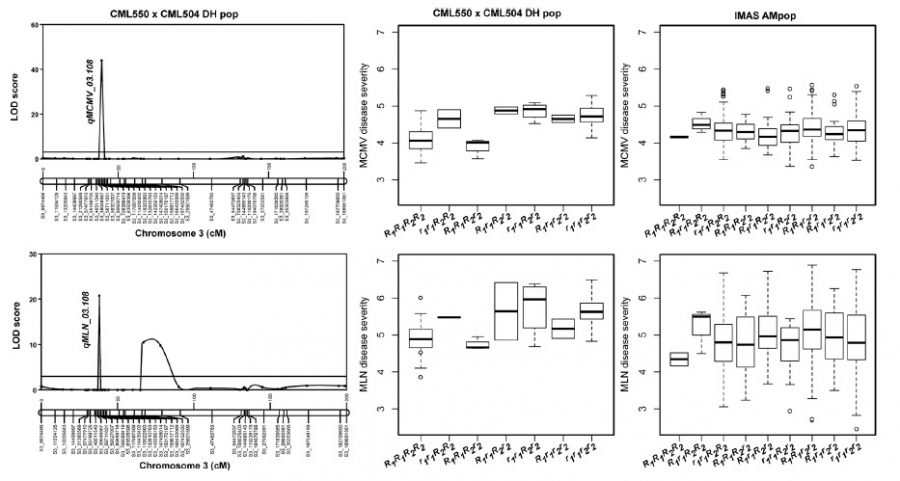 Analysis of the genetic architecture of MCMV and MLN resistance in maize doubled-haploid populations revealed QTLs with major effects on chromosomes 3 and 6 that were consistent across genetic backgrounds and environments.

Two major-effect QTLs, qMCMV3-108/qMLN3-108 and qMCMV6-17/qMLN6-17, were identified as conferring resistance to both MCMV and MLN.