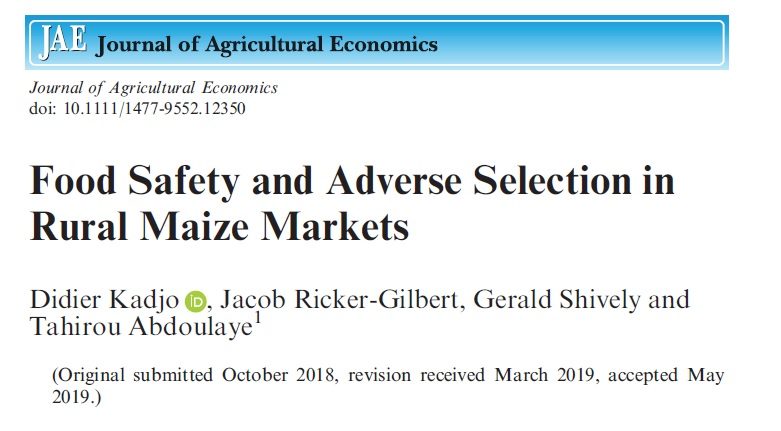 Without enforced standards or reliable third‐party verification, food safety threats such as pesticide residues and aflatoxin contamination are generally unobservable or only partially observable to both buyers and sellers, especially of staple foods in rural maize markets in sub‐Saharan Africa. As a result, sellers have more information about food quality than do buyers. Such information asymmetries can impede market development and undermine human health. We study farm household behaviour in the context of imperfect food safety information. We pool observations obtained from 707 food storage containers maintained by 309 farm households in Benin, surveyed following the maize harvests of 2011/2012 and 2013/2014. Our results indicate that when a household perceives a food safety risk associated with application of insecticides, on average it is 33 percentage points less likely to apply insecticides to maize it intends to consume than it is to maize it intends to sell. These individuals are also more likely to sell maize than households without food safety concerns. Results highlight the potential value of improved storage technologies and quality control to promote market transactions and reduce hidden health risks.