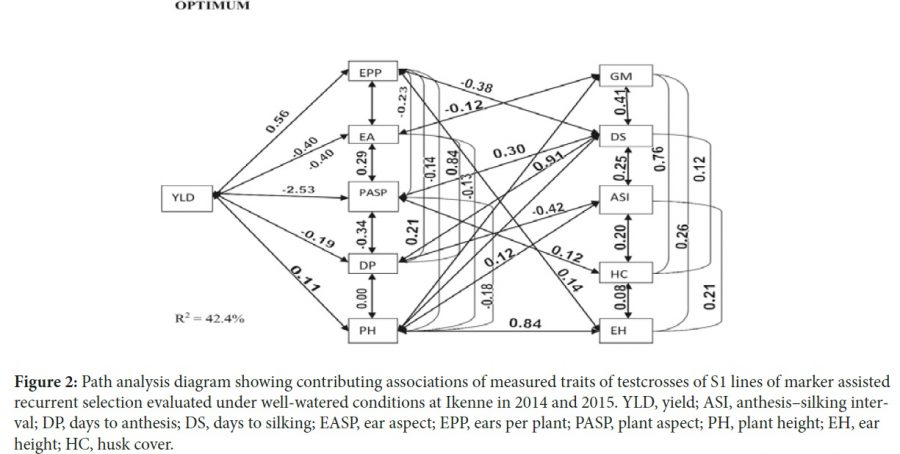 The study aimed at examining the associations between yield and other traits under drought stress and non-stress conditions. A total of 150 MARS testcrosses were evaluated under both conditions at the International Institute of Tropical Agriculture substation for two years under during the dry season. Genotypic and phenotypic correlation, multiple stepwise regression and path co-efficient analyses were carried out to examine the relationship among the traits under both environments. Results showed anthesis-silking interval, days to silking, husk cover and plant aspect were significantly associated with yield under drought condition at both genotypic and phenotypic levels. Yield was positively correlated with plant and ear height but had a negative correlation with plant and ear aspect at both levels under well-watered condition. Regression analysis showed that ears per plant, plant aspect, ear aspect, days to silking, leaf death and plant height had a direct effect on yield, contributing a total of 71.1 % of observed variation under drought, while ears per plant, ear aspect, plant aspect, days to pollen shed, days to silking and plant height contributed about 31.42 % to yield under wellwatered conditions. The study concluded that these traits be used as selection criteria as it will aid improvement of maize yield.