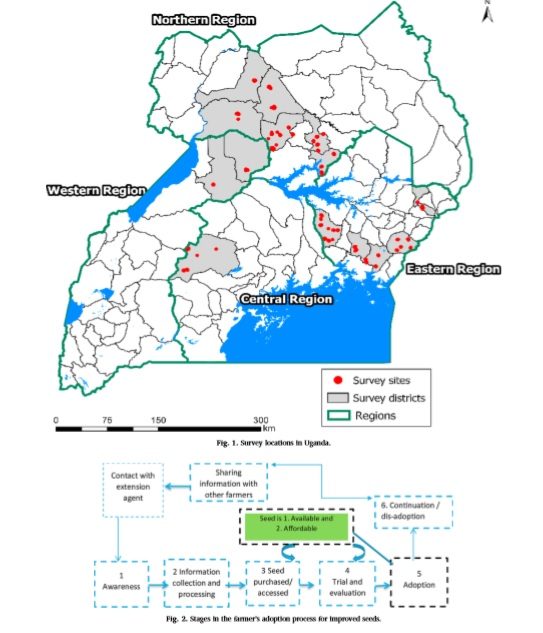 Weather variability is an important source of production risk for rainfed agriculture in developing countries.

This paper evaluates the impacts of the adoption of drought-tolerant maize varieties on average maize yield,yield stability, risk exposure and resource use in rainfed smallholder maize farming. The study uses cross-sectional farm household-level data,collected from a sample of 840 farm households in Uganda.

The adoption of drought tolerant maize varieties increased yield by 15% and reduced the probability of crop failure by 30%.

The findings show promise for further uptake and scaling of drought-tolerant maize varieties for increased productivity,reduced risk, and the transformation of the maize sector.